The greatness of Abraham was in His son, Isaac. He was the son through whom God intended to continue the fulfilment of His covenant with Abraham that he would be the father of many nations. True sons build upon the legacy of their father to carry the name to the next generation.

When you become a part of a family, the name of that family is imparted on you and it defines your character and your DNA. As much as the blessing and honour that goes with the family name is imparted to you, likewise the reproach.

“And God spake unto Moses, and said unto him, I am the LORD: And I appeared unto Abraham, unto Isaac, and unto Jacob, by the name of God Almighty, but by my name JEHOVAH was I not known to them” – (Exodus 6: 2-3).

The ancient fathers understood the power of a name and the impartation it brings upon a people; hence God will not accomplish His purpose with a man without first bringing him to a place of covenant and changing his name, or making him understand His name. This is clearly seen with Abram whose name was changed to Abraham; Jacob who became Israel and many others.

The revelation of God’s name speaks of His character, His attributes and His quality that is manifested.

“And in that day seven women shall take hold of one man, saying, We will eat our own bread, and wear our own apparel: only let us be called by thy name, to take away our reproach” – (Isaiah 4:1).

From Biblical perspective and from ancient times, a name is of great importance. One’s name contains one’s essence and reveals his heritage; this is why the fathers of old would always impart the power of the name upon their sons.

“And it came to pass after these things, that one told Joseph, Behold, thy father is sick: and he took with him his two sons, Manasseh and Ephraim. And one told Jacob, and said, Behold, thy son Joseph cometh unto thee: and Israel strengthened himself, and sat upon the bed. And Jacob said unto Joseph, God Almighty appeared unto me at Luz in the land of Canaan, and blessed me, And said unto me, Behold, I will make thee fruitful, and multiply thee, and I will make of thee a multitude of people; and will give this land to thy seed after thee for an everlasting possession. And now thy two sons, Ephraim and Manasseh, which were born unto thee in the land of Egypt before I came unto thee into Egypt, are mine; as Reuben and Simeon, they shall be mine. And thy issue, which thou begettest after them, shall be thine, and shall be called after the name of their brethren in their inheritance” – (Genesis 48:1-6).

Studying Genesis Chapter 48 will give you some insight into what we are speaking about in this epistle. See Genesis 48 verse 2 – Jacob was told, “Your son Joseph has come to you.” Then Israel summoned his strength and sat up in bed. Take note of the interchange of the name from Jacob to Israel, because down the line, you would notice the impartation of the name.

In the Old Testament, Jacob is the son of Isaac and Rebekah, the twin brother of Esau and the father of twelve sons and a daughter. From his sons came the twelve tribes of Israel – the Israelites.

The name “Jacob” means a “supplanter.” Supplanter means, a swindler, a deceiver or a fraudster – to supersede (another) especially by force or betrayal. This you will clearly see in Genesis 27:33-38 as a good example of his lifestyle, and it brought up the meaning of Jacob’s name:

“Then Isaac trembled and shook violently, and he said, Who? Where is he who has hunted game and brought it to me, and I ate of it all before you came and I have blessed him? Yes, and he shall be blessed. When Esau heard the words of his father, he cried out with a great and bitter cry and said to his father, Bless me, even me also, O my father! [Isaac] said, Your brother came with crafty cunning and treacherous deceit and has taken your blessing [Esau] replied, Is he not rightly named Jacob [the supplanter]? For he has supplanted me these two times: he took away my birthright, and now he has taken away my blessing! Have you not still a blessing reserved for me? And Isaac answered Esau, Behold, I have made [Jacob] your lord and master; I have given all his brethren to him for servants, and with corn and [new] wine have I sustained him. What then can I do for you, my son? Esau said to his father, Have you only one blessing, my father? Bless me, even me also, O my father! And Esau lifted up [could not control] his voice and wept aloud” – (Genesis 27:33-38 AMP).

The name Jacob was not a covenant name that reflected the promise of God; this was why God later changed Jacob’s name to Israel, in order to establish His covenant of promise.

“And he said, Thy name shall be called no more Jacob, but Israel: for as a prince hast thou power with God and with men, and hast prevailed.” – (Genesis 32:28).

The name “Israel” can be translated as “prince with God, or power with God, or strive with God (and prevail) “. Israel is a blessed name. Not only is Israel the name given to a people (Israelites), but by revelation, “Israel” is a name God as a Father gave to a corporate people that He calls His firstborn son that He has a unique relationship with.

The fact we are trying to establish here is the interchange of the name from Jacob to Israel in Genesis 48 in order for there to be an impartation of the father’s blessing upon Ephraim and Manasseh who were the sons of Joseph, but they were now adopted by Jacob by virtue of the revelation he had from God – Genesis 48:3-5.

“And Israel stretched out his right hand, and laid it upon Ephraim’s head, who was the younger, and his left hand upon Manasseh’s head, guiding his hands wittingly; for Manasseh was the firstborn. And he blessed Joseph, and said, God, before whom my fathers Abraham and Isaac did walk, the God which fed me all my life long unto this day, The Angel which redeemed me from all evil, bless the lads; and let my name be named on them, and the name of my fathers Abraham and Isaac; and let them grow into a multitude in the midst of the earth” – (Genesis 48:14-16).

The impartation of the blessing upon the lads was invoked by the laying on of hands and the decree that his name be named on them, and the names of his fathers Abraham and Isaac.

Which of his name was to be perpetuated on them? Was it his name Jacob or the name Israel? He understood the fact that the name Israel was the covenant name that carries the heritage, hence the scripture would say, and Israel said…..

It is interesting that at different times, the Bible will list the 12 Tribes of Israel but will exclude Reuben’s and Joseph’s place and replace them with the two sons of Joseph – Ephraim and Manasseh.

Also when you consider the impartation of the ‘Priestly Blessing’ which can also be referred to as ‘the Father’s Blessing’, because fathers are priest of the home.

The father’s blessing invokes the name of God (Jehovah) which confirms and establishes the Lord’s blessing upon the people.

There is a new concept of Kingdom dynamics that we need to be aware of as the Church and be identified with. […]

Have you ever sincerely asked yourself the true meaning and purpose of leadership and ministry, according to Christ’s perspective for His kingdom? […] 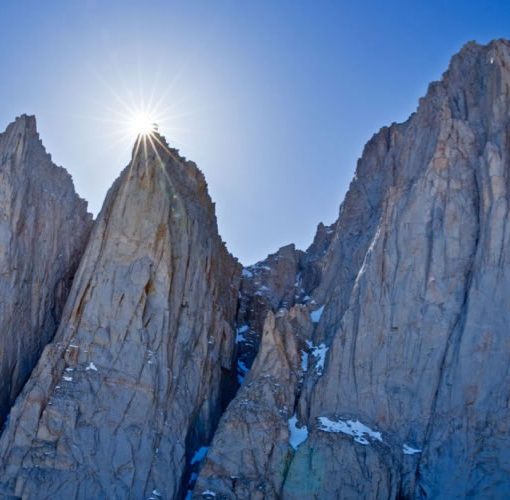