“But he shall acknowledge the son of the….firstborn, by giving him a double portion of all that he hath: for he is the beginning of his strength; the right of the firstborn is his” – (Deuteronomy 21:17).

After ministering on this line in San Luis (Mexico) at a conference, my spiritual father, John M. Boney shared some important nuggets with me which are very essential in the apostolic ministry of spiritual fathering and sonship, but are lacking within the circle of many apostolic family.

He said, a father must form sons, but must also form “a son” who will stand in his place, who keeps the house and continue the heritage of the father, and family. This is the principle of the firstborn son. This is the whole point between Elijah and Elisha and the company of sons.

Many apostolic fathers today are faithful in having sons, but they are not investing themselves in raising and producing a firstborn son. This is an important aspect that is missing in the teaching of spiritual fathers and sonship relationship.

Create a family of sons, but out of the house we must produce a firstborn son.

A biblical example is reflected in Paul the apostle and his spiritual son, Timothy. Though Paul had many other sons like Titus, Onesimus and many others, yet Timothy was a cut above all of the other sons. He was the one who came to the place of having the same mind and spirit as Paul, and the one Paul could send to represent him.

“But I trust in the Lord Jesus to send Timotheus shortly unto you, that I also may be of good comfort, when I know your state. For I have no man likeminded, who will naturally care for your state. For all seek their own, not the things which are Jesus Christ’s. But ye know the proof of him, that, as a son with the father, he hath served with me in the gospel” – (Philippians 2:19-22).

Timothy was the firstborn son among the other sons to Paul.

The firstborn son in the context of spiritual fathering and sonship is not somebody who is born first, but it is a divine act by God to choose that person and appoint him in the administration of His purpose in the family.

“Now the sons of Reuben the firstborn of Israel, (for he was the firstborn; but, forasmuch as he defiled his father’s bed, his birthright was given unto the sons of Joseph the son of Israel: and the genealogy is not to be reckoned after the birthright” – (1Chronicles 5:1).

God took David and set him in that role of firstborn son. It was a position higher than the kings of the earth.

Ephraim was chosen and called the firstborn son by God, yet in the natural he was the younger, and Manasseh was the firstborn.

The same concept applied to Esau and Jacob, and to Ishmael and Isaac. God took the younger and set them as firstborn son.

The promised possession is a blessing of inheritance that is laid up for the firstborn son. The blessing carries an unusual favour that brings a continual grace to supernaturally sustain the heritor – legal successor. It is the “double portion”.

The “double portion” does not come by just speaking, laying hands or pouring oil on anybody’s head or flinging a coat over them. It comes by covenant relationship with a spiritual father, as God set one in a position to receive this honourable impartation.

Fathers must understand that their mantle of anointing must be transferred to sons, just as the LORD instructed Moses to pass it on to Joshua his son.

Elisha received a ‘double portion’ of the anointing that was transferred from his father, Elijah – 2 Kings 2:9-16. It was recorded that he did twice of what Elijah his father did. However, Elisha failed to transfer the mantle of anointing to the next generation. All he transferred to Gehazi, who was a supposed son, was leprosy due to Gehazi’s greed for money and material gains – 2 Kings 5:25-27. Elisha died with his anointing and took it with him to his grave. Sometime later a dead man was thrown hastily into Elisha’s tomb and when his corpse landed on Elisha’s bones the residue anointing there quickened him back to life! – 2 Kings 13:20-21. Sometime we preachers preach this and get excited by the fact that Elisha’s bones carried an anointing to perform such an act, but in actual fact it shows the failure of Elisha to pass the mantle on before he died. If not for the grace of God to continue the heritage that would have been the end, however some commentaries record that the man who was raised from the dead became a mighty prophet. 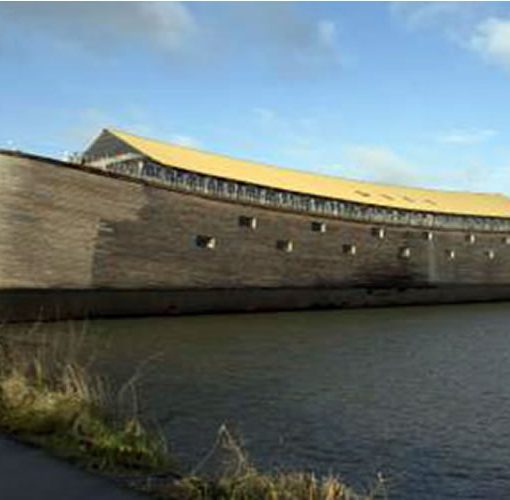 “But of that day and hour knoweth no man, no, not the angels of heaven, but my Father only. But as the […]

The pronouncement of the father releases the power of affirmation on the son. Jesus is the pattern-son, and a model of how […]