The word “Church” in the Greek is “ekklesia”. It is made up of two words – ek, meaning “out of” and kaleo, meaning “to call”. This means “the called out ones”; called from darkness into the Kingdom of God. The Church is a mystery that the Lord is unveiling in this season, and we need to understand what the Church is and her purpose in the destiny of God.

We must understand that the primary purpose for the coming of Jesus Christ to the earth 2000 years ago was not to establish a religious church, but a Kingdom. He only defined the Church by strengthening her towards her goal and purpose. Jesus founded no ecclesiastical organization or religious denomination, but He came as the Messiah, to call out a remnant of people who are held captive in a religious system. He came to call them into the Kingdom of God.

The Church, His ekklesia (the ones called out) was not founded on the day of Pentecost, it began in the Old Testament as Israel (God’s covenant people), called out of Egypt into a promised land.

“For in Christ Jesus neither circumcision availeth any thing, nor uncircumcision, but a new creature. And as many as walk according to this rule, peace be on them, and mercy, and upon the Israel of God.” (Galatians 6:15-16).

The Church is a vital part of the “Israel of God”, a remnant chosen by God’s grace. They have been engrafted into the covenant of God.

“Even so then at this present time also there is a remnant according to the election of grace.” (Romans 11:5).

Together, Christ and His Church is a corporate Body (a many-membered Body). The Church of Jesus Christ is not a religious organization. It is an organism. It is the community of a faith and the people of a Kingdom. The Church indeed is the people of the Kingdom of God, but the visible church is not the Kingdom. The Church has never been a denomination or a building raised up somewhere in the city or nation, but it is a realm of God’s Kingdom community that is embodied within a people that have been called out of the world, and out of a religious system.

God is raising up a new, living organism that will uplift and strengthen every part of the Body of Christ. A functional, focused and strategic Church positioned in the Kingdom to influence the earth through an apostolic authority and pattern of ministry.

We need to understand what the “Church” is. The Church is not the physical structure or building that is located down the street, nor is it the sum of all its organizations. It is a higher sense of people-hood than most of us think. The Church is a corporate-membered Body of people that is greater than the churches and denominations. Just as the spiritual Israel of God’s purpose (the remnant saved by grace and engrafted in), is not the same as the natural Jewish nation of Israel (Romans 1:1-5, Romans 2:28-29, Romans 9:6-8, Galatians 6:16); neither person nor any assembly can claim to be the “One True Church”. This does not negate the present existing Jewish nation of Israel, which God has an equal plan for. And in the same way, God has a plan for the Church, as long as we walk in true obedience to the will of Jesus Christ, the Messiah that has, and is to come.

The One True Church is the corporate community of all who have heard the sound of the Kingdom of God and have responded by faith and submitted themselves to His reign and rule through obedience, saying yes to His Kingdom. This makes the Church a universal community.

The early Church is a successor of the Israel of God’s purpose in the Old Testament and the true remnant of people in the New Testament (New Covenant); chosen by His grace with a primary mandate and mission of proclaiming the Kingdom and extending the covenant of God to the nations. The Church is called to embody the righteousness of God’s Kingdom through the Holy Spirit, and mandated with proclaiming that Kingdom in all nations. The goal of the Church is not to establish herself upon the earth as we see today through our programs and developments, but the primary purpose of the Church is to establish the Kingdom of God on earth. The Church cannot be matured and established without the establishment of God’s Kingdom through the ministry of Ephesians 4:11.

God’s Kingdom is supreme over earthly order and authority. The Church is the people of the Kingdom; therefore, the Church is to become the ultimate authority and government in the earth.

Our ministry is a faith-based ministry and this material is provided free of charge to the body of Christ for equipping the saints. If this material has been a blessing to you or a source of encouragement we ask that you prayerfully consider giving a love offering below via PayPal to help us carry the message of the Kingdom of God to the nations – (Hebrews 10:6). The grace of the Lord Jesus Christ be with your spirit. Amen (so be it).

Another important aspect of the Patterns and Principles of Christ is the rediscovering of the original message and mission of Jesus Christ, […] 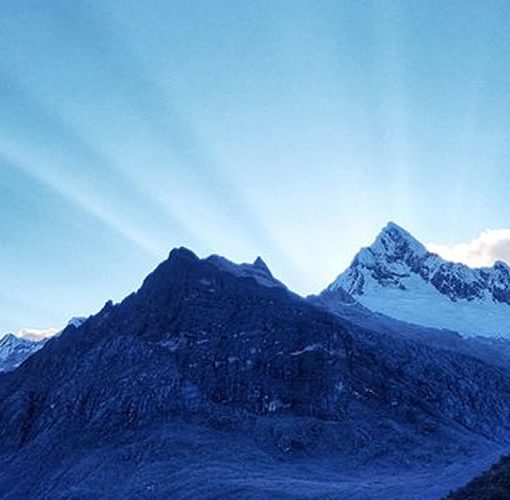